Your Reading Escape from the Daily Grind of 9 to 5 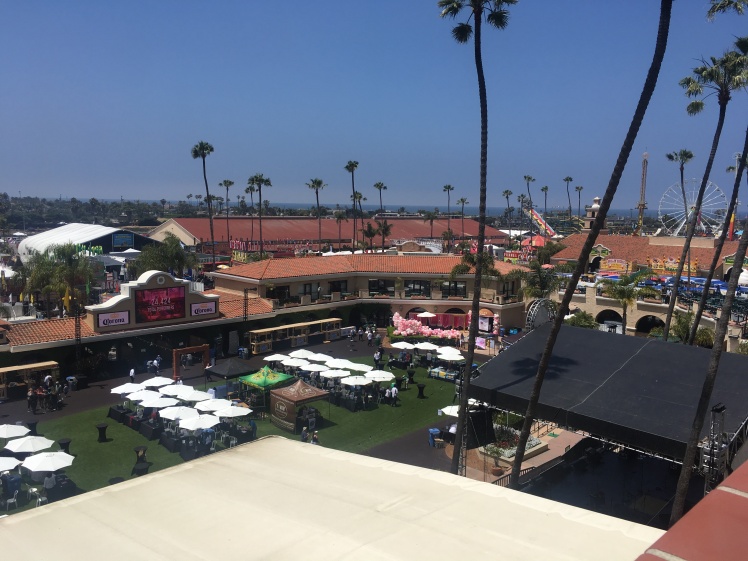 A short by S. Faxon

It was there for the taking. One yellow balloon at the top, right corner of the wall. It was hers.

Aiming the arrow to shoot at the balloon would have been much easier were it not for the substantial amounts of wine consumed earlier in the day, but it was the fair after all, and she had only recently left an unlimited wine festival. The fact that she could hold the bow and arrow properly alone was enough of a victory. She was fairing much better than her friends who were giggling uncontrollably behind her while trying to sit still on their haystacks. Their delight and laughter were not unwarranted, for not so long ago, they too had had their eyes on a very different prize…

The glass called to them from across the room. They had been feasting and laughing and drinking in a hall full of strangers for some time with endless cups of wine, but still, those glasses on the shelf remained in their minds. When they had signed up for the fair’s wine festival weeks ago, they had been told that they would receive a souvenir wine glass to take home for their collections. The plastic sippy cups that they had been given did nothing to flatter the otherwise incredible event or give them something to boast. No. They wanted the cup they had been promised, enticed with since the very first commercial for this event that they had seen. There were certainly enough of those coveted glasses, imprinted with the year and the name of the festival upon them sitting there on that emerald green table cloth just waiting to be taken. What’s more, the glasses were out in the open, it would be only too easy to claim that which was rightfully theirs.

And so, as the other hundred bodies began to shuffle out, they made their plans and they kept their eyes on the prize.

However, the security guard had her eye on them.

They stood on the platform where the glasses were behind them, holding the elevator for countless strangers waiting to board, letting everyone take a spot before them. After three loads of this, the security guard’s brow began to raise.

Seeing that they had caught her eye, they decided to change up their strategy…

They descended the stairs beside the landing where the sacred goblet stood upon the table, hoping to throw off the security guard, but she did not budge.

They ascended the stairs beside the landing, pretending not to care or to notice, but the security guard stared almost unblinking, right into their plot. This chore stretched their prowess to the limit, but the guard simply would not falter.

It wasn’t until they received a stern, “why are you still trying to do this?” look from the guard that they decided it best to give up their quest.

Heads hung low, the pair jumped back in the elevator to join their other friend who had abandoned them in their crusade over at the archery range.

The elevator ride down was slow, elongated in their misery for failing in their task. The elevator operator thought it strange that two people emerging from an unlimited wine festival would be so quiet, but he decided to respect their red-wine induced reveries.

The elevator counted out its last floor and their destination with a loud ping. The gilded, art-deco doors parted, releasing the two to the bustling, tent-city world of the fairgrounds.

The archery range was not far, but it did require looking up and out from their sorrows to navigate to said plain. And what happened when their eyes raised?

Two abandoned glasses, the very prizes that they thought they had been denied, right there on the pathway’s wall, waiting to be claimed. Sweet, merciful fate had heard their pleas and whether out of pity or worth, there they were. Abandoned, left behind by undeserving souls, waiting for their true owners to arrive.

Looking left over her shoulder and then right, with her open backpack strapped over her chest, in three magnificent movements, the prizes were their’s at last!

How suavely they walked away. That mean ol’ security guard four floors above was none the wiser and the fair, none the worse.

It had been a risky move, but persistence left them victorious.

The yellow balloon met its end by the point of their friends’ arrow moments after they rejoined her side. Their laughter and hoots and hollers of rejoice filled the archery range. It had become a day of unexpected delight for the bunch, but it was just another day at their county’s summer fair.

One thought on “The Prize”